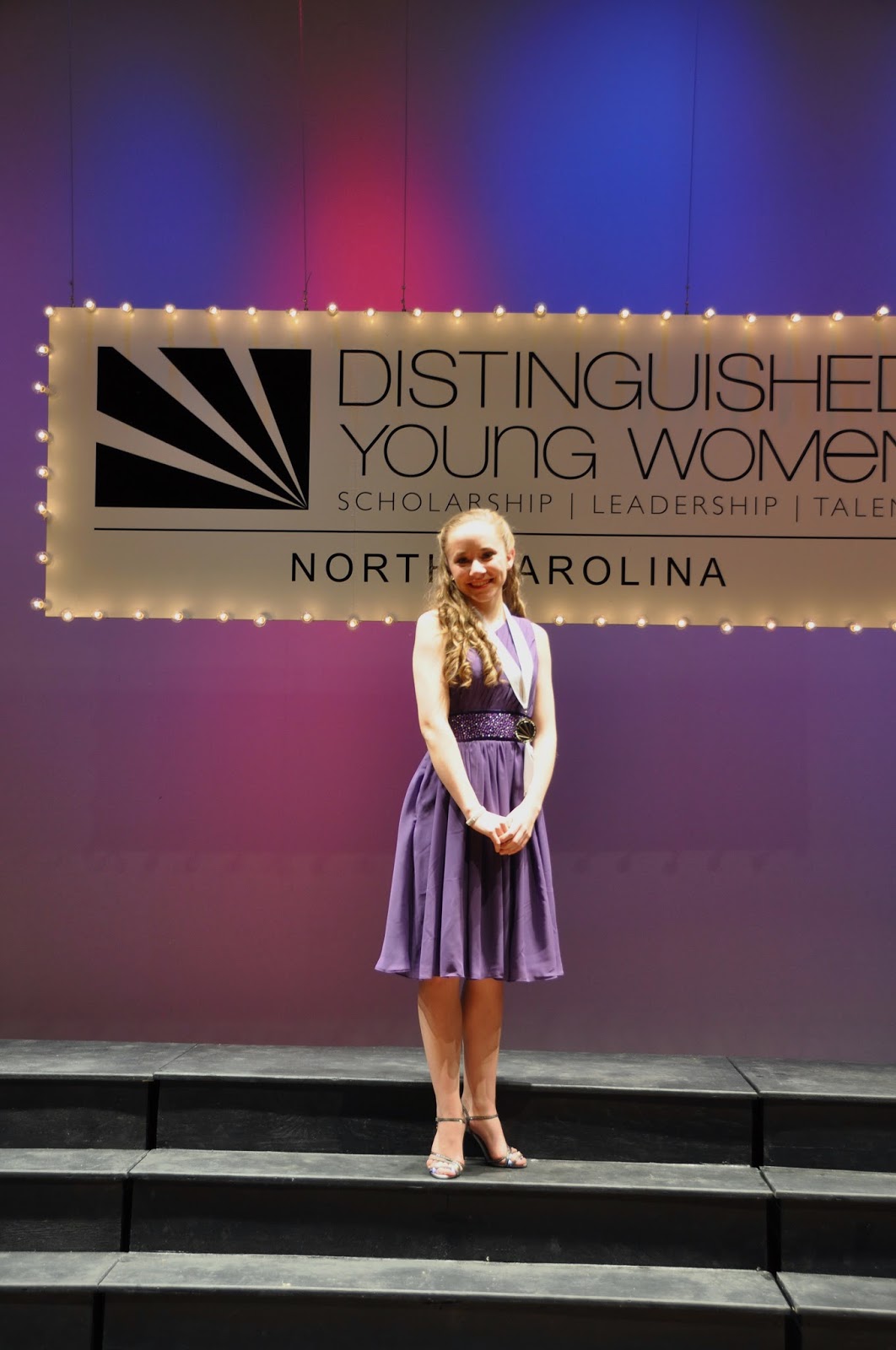 When I was in high school I became involved in the Distinguished Young Woman Program which is formerly known as Junior Miss. Since being a participant my Junior year of high school, I was a committee member for the Pitt County Program while I was in college and am a current committee member for the Wake County Program. The participant that was given the honors of Wake County's Distinguished Young Woman in August, competed in the North Carolina program this weekend. I am excited to say - she won!! Our very own, Taylor from Wake County, is now titled North Carolina's Distinguished Young Woman! She received almost $13,000 in scholarship money on Saturday night. Now that she has been chosen as the North Carolina representative she will be heading to Mobile, Alabama in June to participate in the National program. We cannot wait for Taylor to represent our state in Mobile! 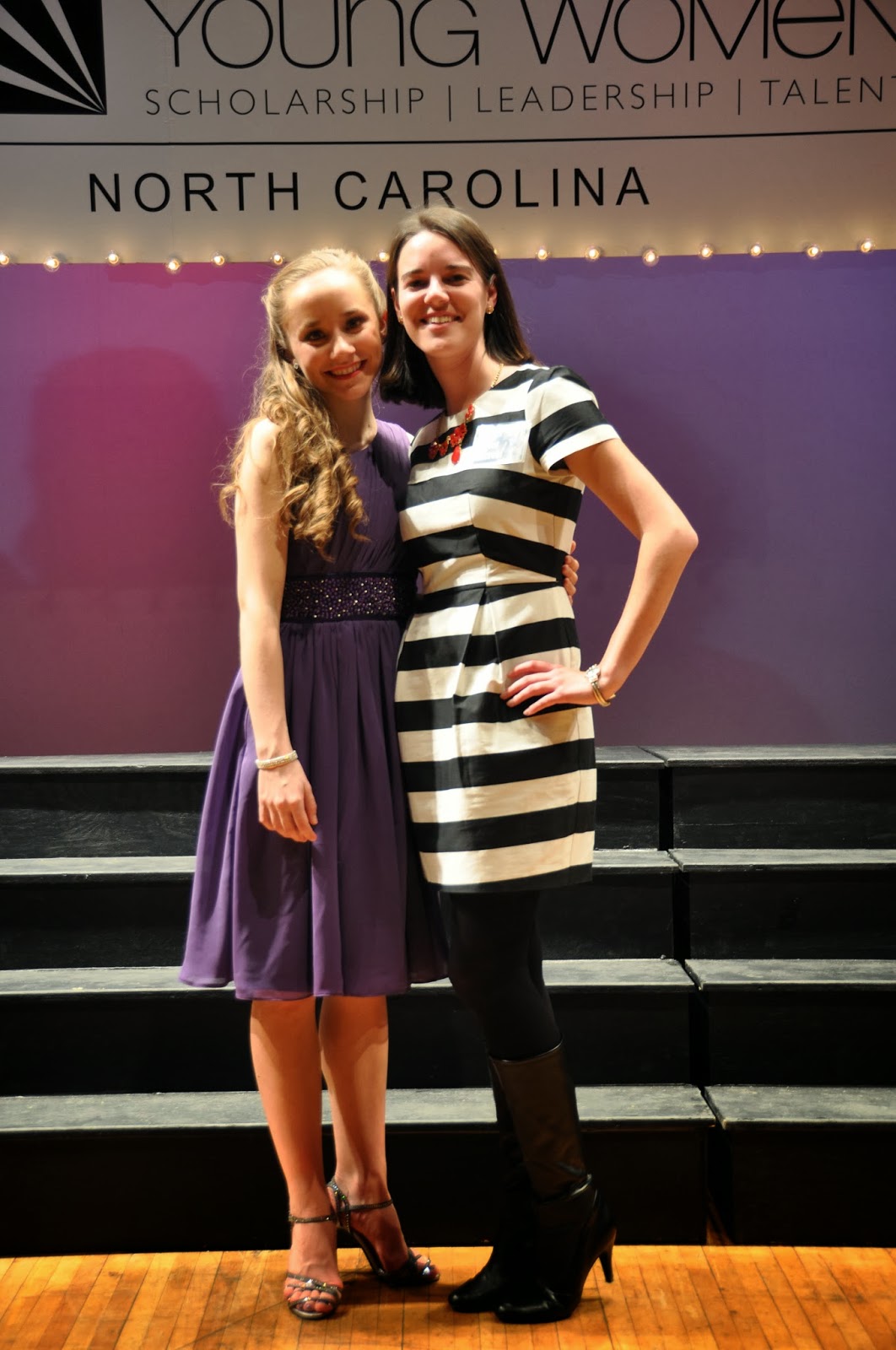 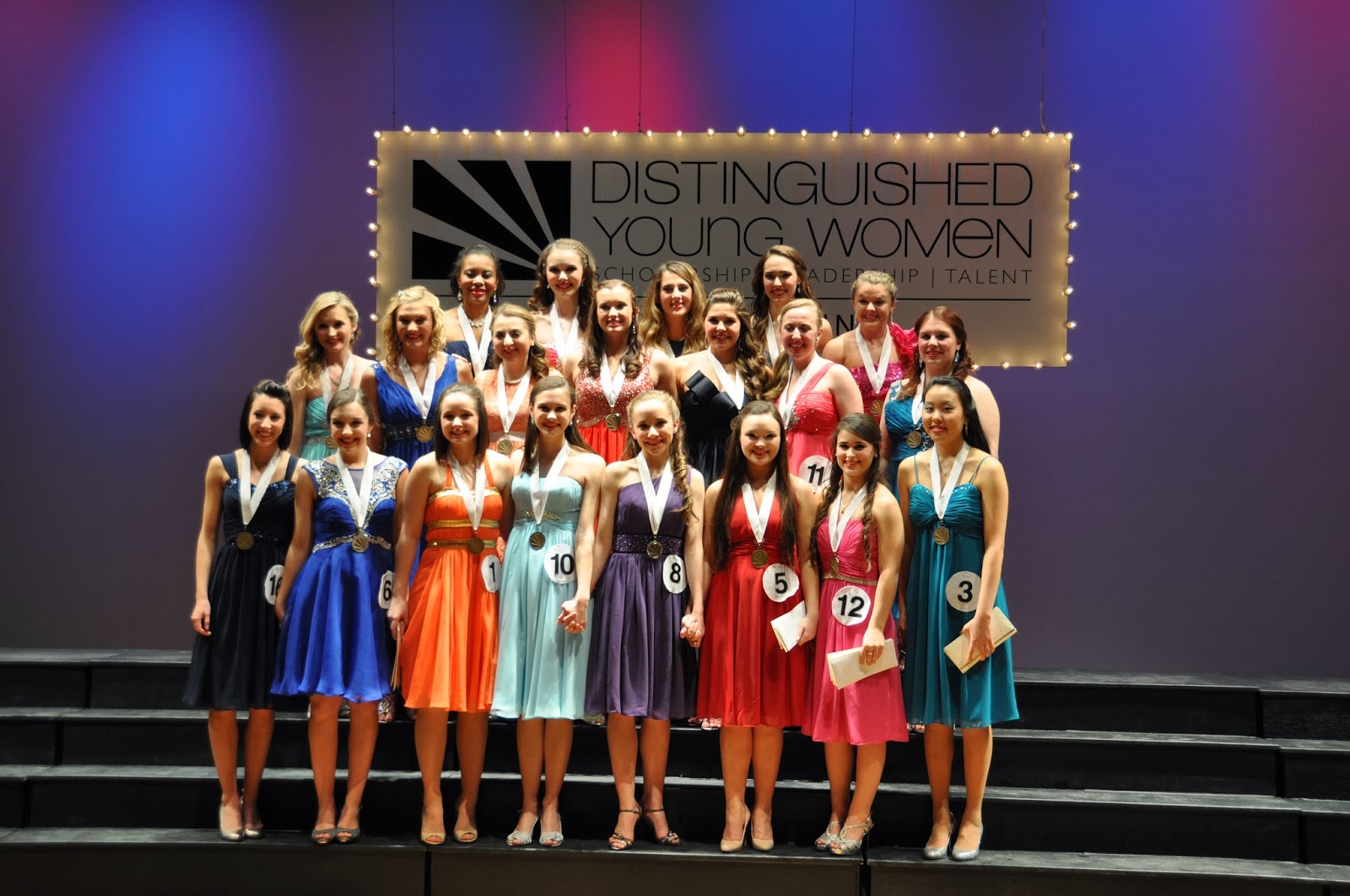 The North Carolina Distinguished Young Woman Class of 2014.
Posted by Whitney at 8:47 PM No comments:

I know that I have a love for pirates. My football team mascot, the historic pirates like Blackbeard who left their buried treasure on the North Carolina coast, the Pirates of the Carribbean  and especially Jack Sparrow. However, I have never been introduced to the pirates in Tampa, Florida... until this year! Every year Tampa celebrates the pirate Jose Gaspar at the Gasparilla Festival in January. This year I went, and what fun it was! I went to visit my cousin, Alyssa, who lives in Tampa. We got to watch the Gasparilla Pirate Ship invade the city full of pirates! The cannons and guns were very loud as they invaded the city. Following the pirate ship were hundreds of boats entering into the Bay to throw down their anchors and have a great time socializing on their boats. 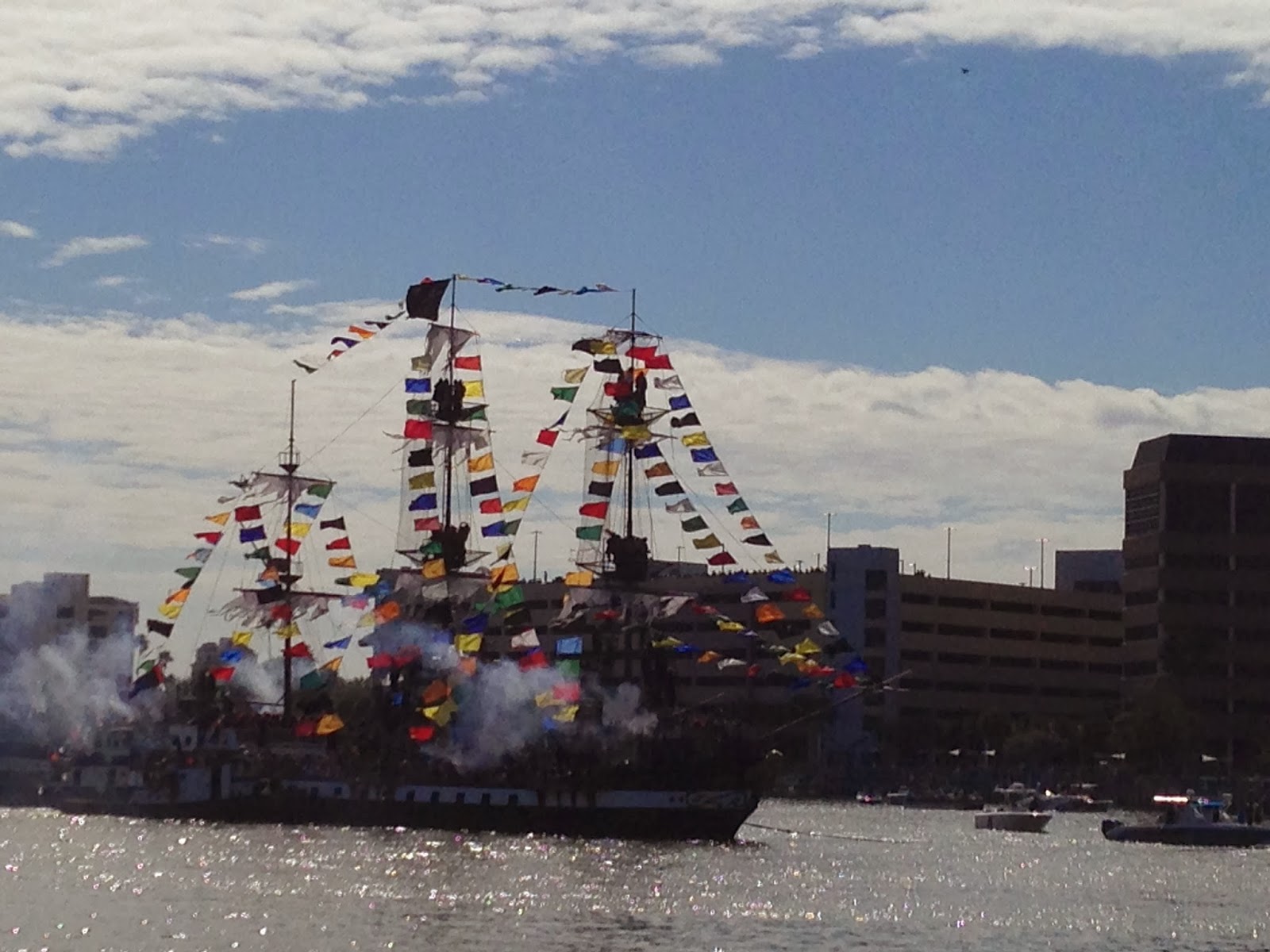 After the invasion of the Gasparilla we went to the parade. The parade route is over four miles long (twice the length of the Raleigh Christmas Parade that I am used to walking) and attended by over 300,000 people! There were a lot of people watching the parade and catching beads. 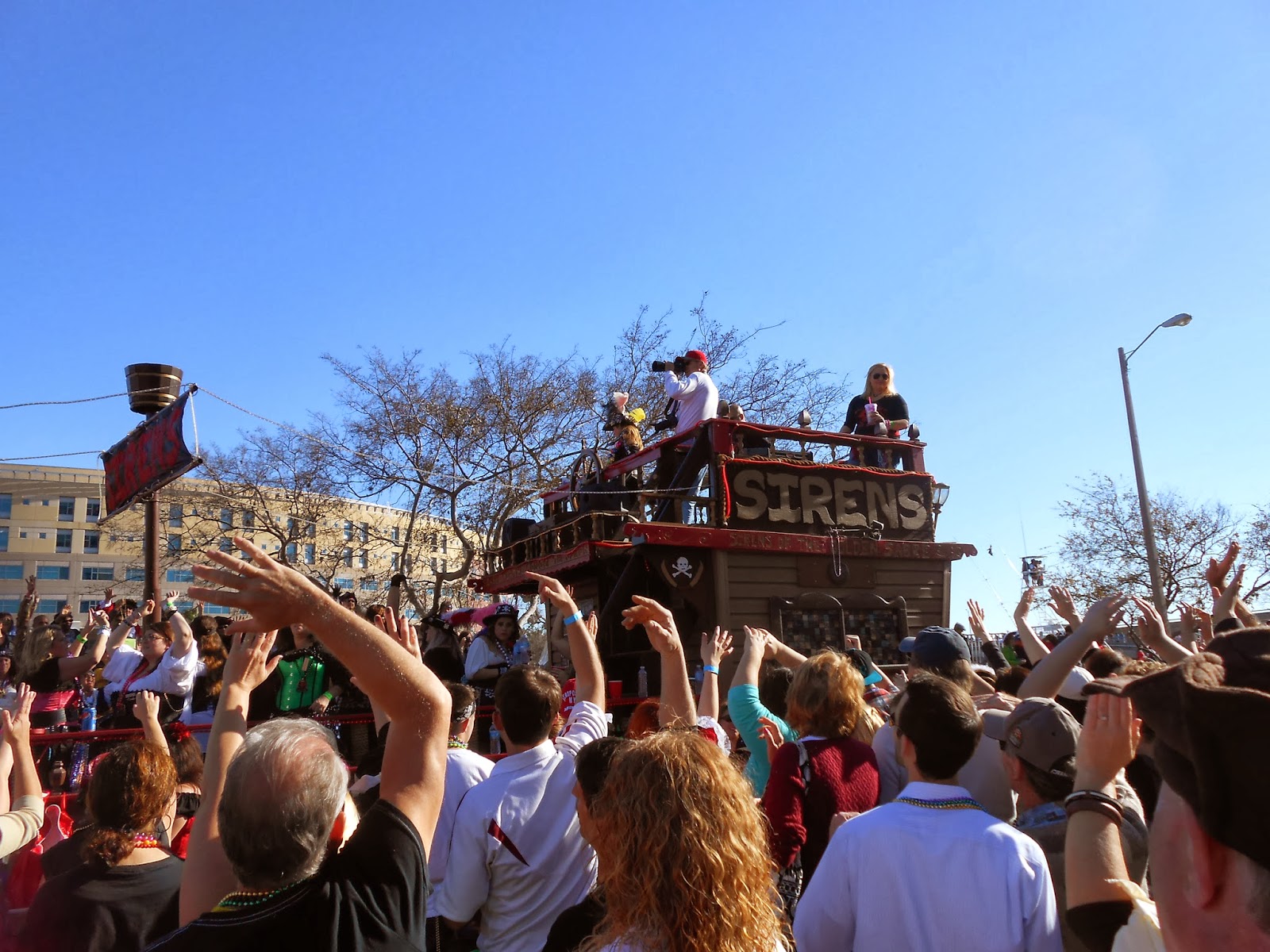 It was very refreshing to leave the 19 degree temperatures in North Carolina and spend a weekend in Tampa with temperatures in the 60's. With the sun shining and pirates everywhere I turned, I can safely say that Tampa gave me a great weekend! 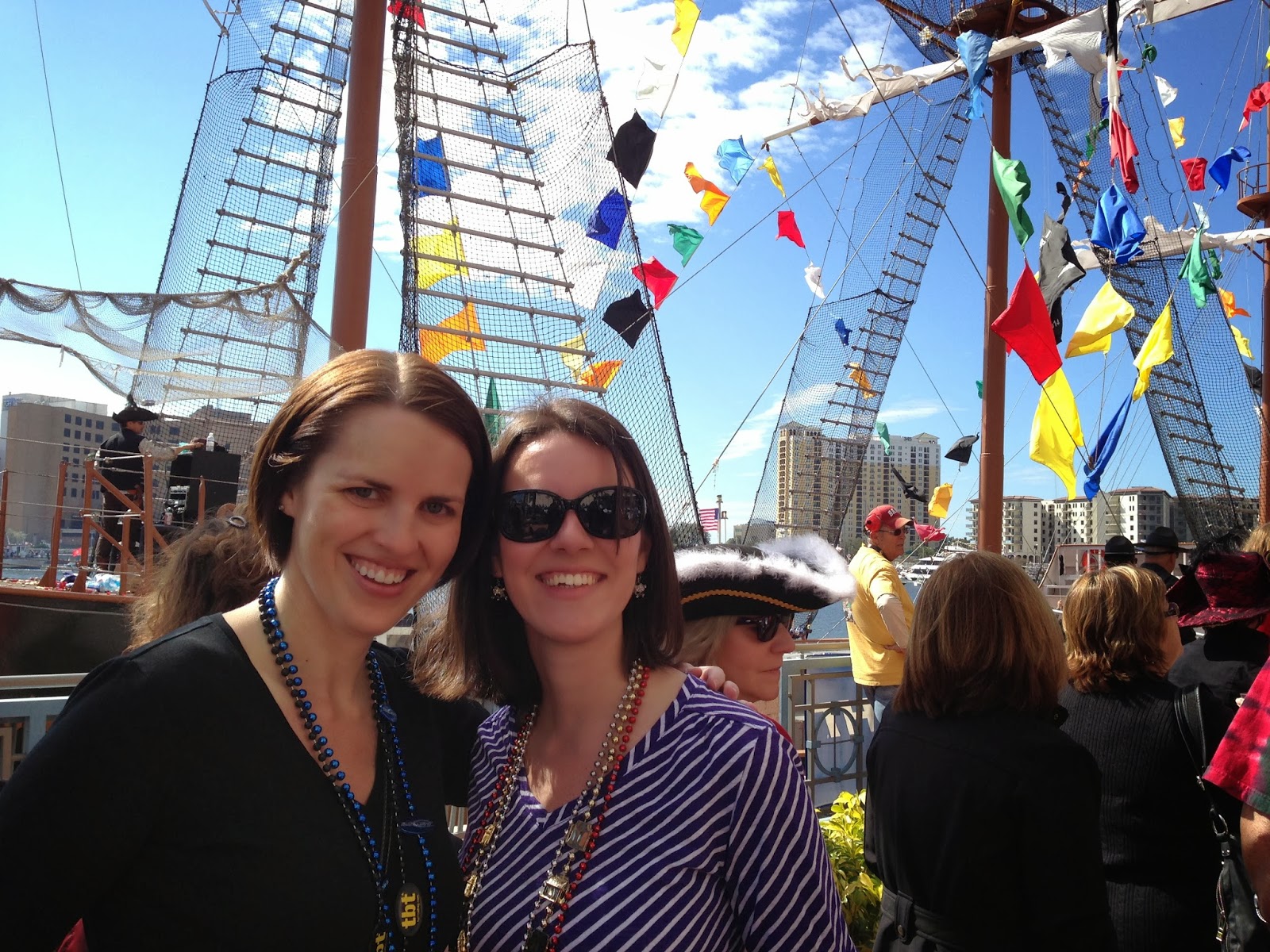 Posted by Whitney at 8:33 PM No comments:

2013 has officially come to a close. December finished with some fun memories! There were Christmas parties... 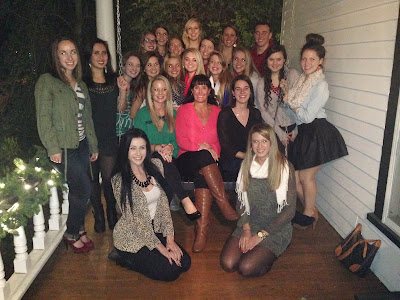 A visit to the PNC Arena to watch my Pirates loose to the Wolfpack in basketball.. 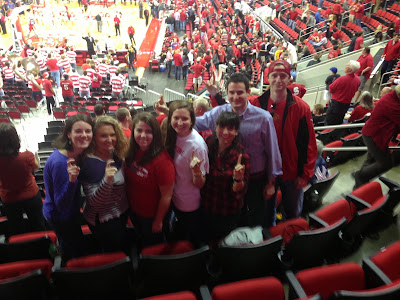 A family celebration of Christmas at the Farm... 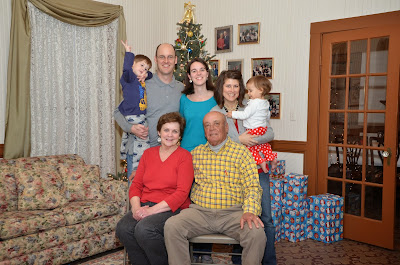 And ringing in the New Year with great friends in Apex! 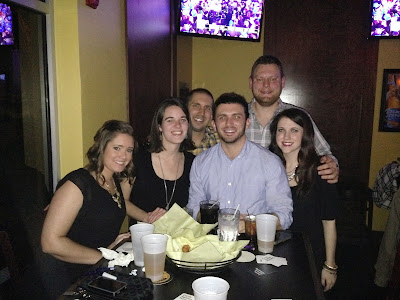 Posted by Whitney at 1:09 PM No comments:

The First 8 Days of Christmas

It is December 8th and it has been a whirlwind of 8 days of Christmas activities. This week included a DPAC date with Nancy to see "How the Grinch Stole Christmas." Downtown Durham was decorated perfectly for Christmas, so of course - two dance teachers needed a photo op! 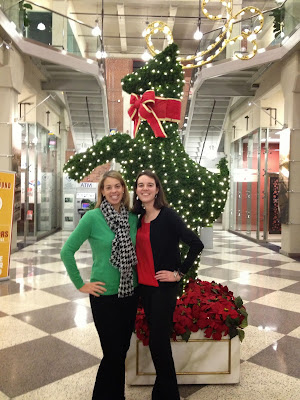 On Thursday night I volunteered at the 20th Annual Raleigh Jingle Ball. This was a new Christmas tradition for me that I would like to continue every year. In order to attend the Jingle Ball you must bring an unwrapped toy or provide a $30 donation. The rest of the night you get to enjoy the open bar, buffet, DJ and Photo Booth. My friends and I enjoyed dressing up and volunteering at the event. In order to volunteer we took the toys at the door and helped stack this awesome wall of toys! It was so much fun seeing the toys and people coming through the doors. There was a great turnout of people and we had a great time getting in the Christmas spirit! 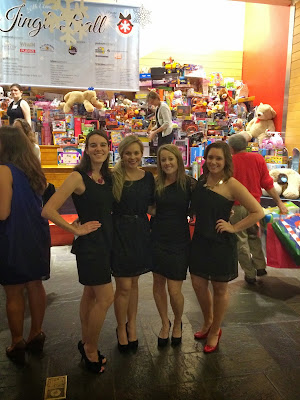 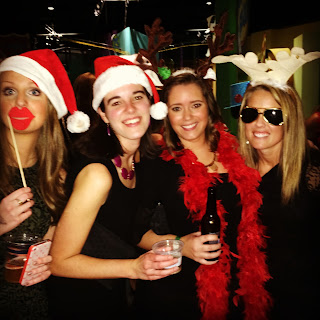 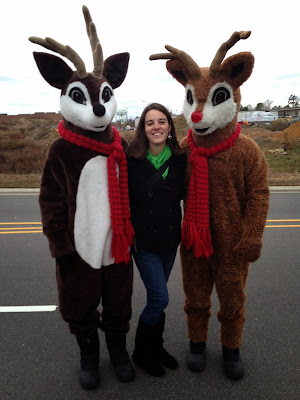 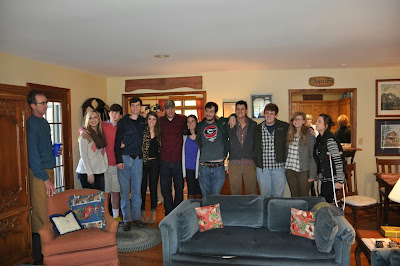 I can't believe November has come and gone. We had another wonderful Thanksgiving down on the farm. The picture above shows how quickly time has passed! All of my "little" Lanier cousins are now ALL taller than me! How did this happen? 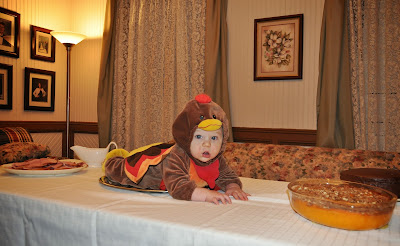 We have a new baby in the Belcher family. We had a fun time with this little turkey in his very own photo shoot! 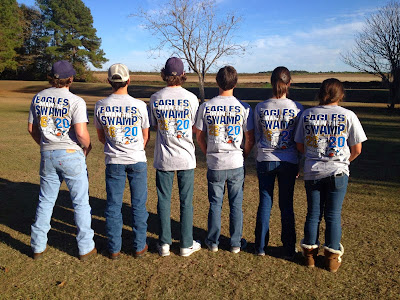 Being in Georgia Southern country was very entertaining just four days after GSU's sweet victory over University of Florida. We made a special trip "to town" on Black Friday for our Georgia Southern victory t-shirts!

This Is Our State 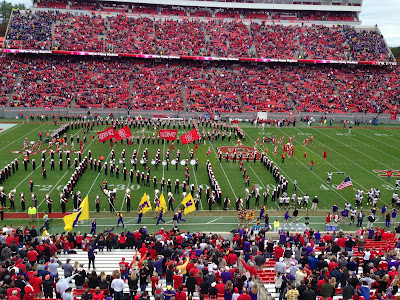 There has been a trendy phrase this year in North Carolina college football amongst the various college rivalries - "This Is Our State." NC State, UNC and ECU have been arguing over this sacred title. ECU has been known as the Pirate Nation for years and now NC State is phrasing the area as "our state." ECU visited Carter-Finley this weekend and has won the title! Not only did ECU beat NC State as a visitor, but by the 4th Quarter only ECU fans remained at the stadium. I was in shock that ECU fans were able to cheer their "Purple/Gold" chant as loud as they can at their home stadium. Pirate fans were thrilled over the victory against the Wolfpack and I am ecstatic that I got to witness it in person. 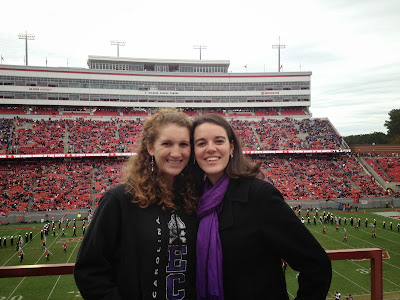 My college roommate, Allison, came to cheer on the Pirates with me! 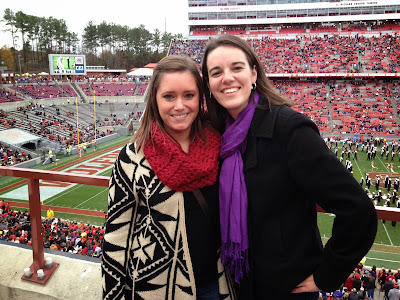 My partner in crime, Nicole - even though we were friends divided over the outcome! 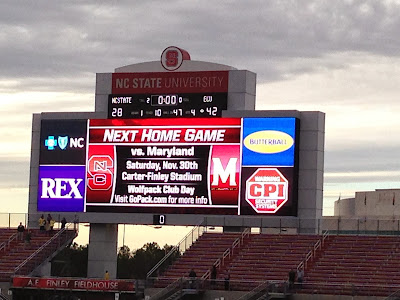 Posted by Whitney at 9:02 PM No comments:

This week was a blast! It was very eventful, and I managed to cram a month's worth of activities in 5 days! Tuesday night I attended the first Broadway musical at the Durham Performing Arts Center (DPAC), "Ghost." I have never seen the movie, so everything about the musical was a surprise to me! The effects and lighting were spectacular! Watching the show it was apparent the musical was written in the 21st century. A job well done to the cast and producers of this show! 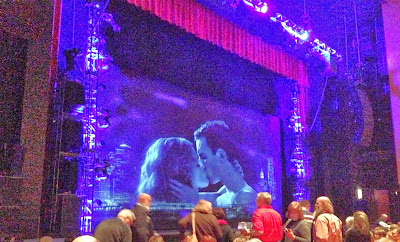 Wednesday night - I attended the Justin Timberlake concert at the PNC Arena in Raleigh! We were in the nosebleeds but the concert was beyond amazing! Justin went onstage at 9:00pm and did not stop singing until midnight. Three straight hours of singing and dancing and he didn't stop! I wish I had that kind of energy! Walked away loving him as much as I did 13 years ago when I watched him perform with NSYNC in this same arena! 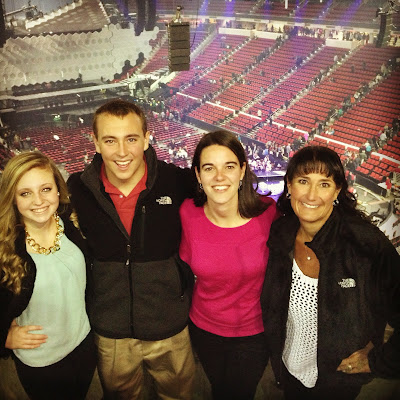 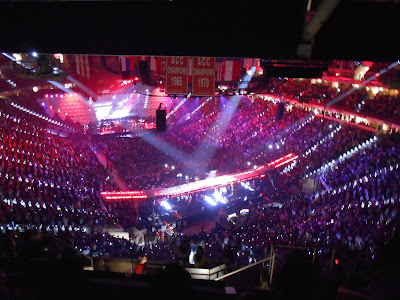 Friday night - I went with back to the PNC Arena to watch the Carolina Hurricanes play the Anaheim Ducks. Not only did we attend the game, we were in Box Seats! Not only did the Canes win - they won in a shootout! This was my first time going to a Canes game in 4 years and it was my first time ever getting to see a shootout! What an experience. Thanks to Amy for inviting me for a fun Friday night! 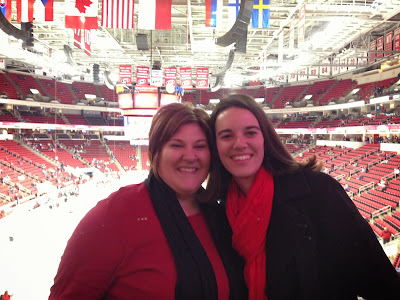 I don't know of any other NHL team that serves BBQ in their box seats. 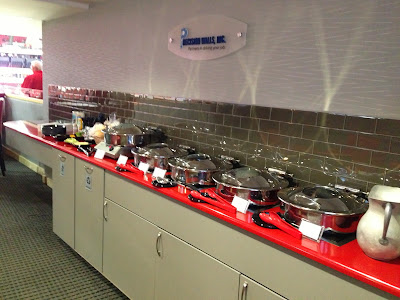 The Canes win in a Shoot Out! 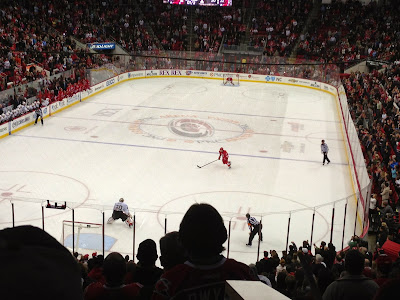 Saturday Afternoon - I got to spend the afternoon with my Premier family to celebrate the upcoming wedding of my friend, Alana. It was a beautiful afternoon for a bridal shower and special memories were made. 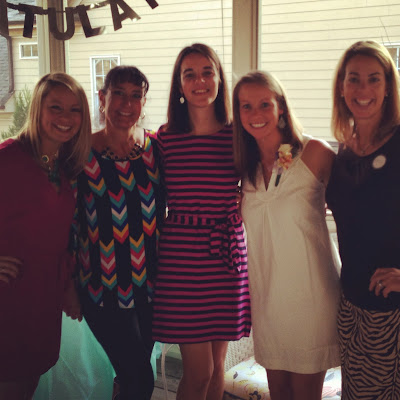 Sunday Night - My friend Nicole and I went to Chapel Hill to see Andrew Belle perform at Local 506. The venue was packed when we arrived. However we were standing in the right place at the right time. One of the members of the crew saw us standing the back and asked if we wanted to walk behind him as he parted the "sea" to make his way to the stage. We followed suit and sure enough, we got to watch the concert from beside the stage! What a great view we had for this concert! 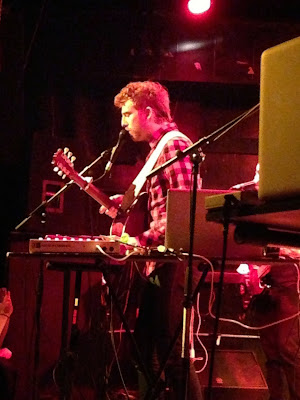 It was a fun week full of special memories. I am beyond thankful for wonderful friends in my life that I can celebrate these times with.
Posted by Whitney at 10:53 PM No comments:

Whitney
My name is Whitney and I am a graduate of East Carolina University. Having a love for photography and life I have learned that life is not about where you go or how successful you become. It is about the journey and the little moments that create memories to last forever.